Accuracy and Reliability are Key for Transcription Service 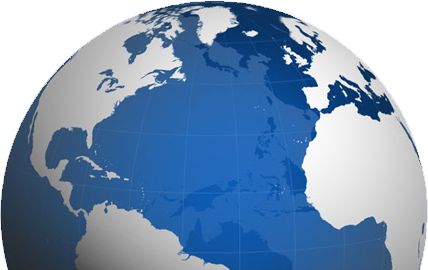 Accuracy and Reliability are Key for Transcription Service

Written by Preferred Transcriptions on February 2, 2018. Posted in Blog.

When it Comes to Your Transcription Service, Accuracy and Reliability are Key

Ron Skotleski of Skotleski Productions knows the value of accuracy and reliability when choosing a transcription service. Ron operates a video production company specializing in religious broadcasting, working with ministers to video sermons and services to be sent out to 50 stations around the country and the world. Using a multi-camera setup, Skotleski Productions shoots the video, brings the digital file back to the studio for editing, and sends them out on a very tight weekly schedule. Skotleski Productions rely on transcriptions to maintain compliance with FCC regulations regarding closed captioning. Because of these FCC rules, closed captioning has to be very accurate. In fact, videos sent to Canada are required to be letter perfect in order to be in compliance. Every year, Ron signs an affidavit of accuracy with the FCC. Using an automatic transcription program simply isn’t an option, as inaccurate closed captioning could lead to fines and other penalties.

According to Ron, “We are very happy with [Preferred Transcriptions]. We were doing the transcriptions in-house, but that got to be very cumbersome. The employees tended to be unreliable. We subbed the transcriptions out to someone else, but they were missing deadlines. We work on a very strict broadcasting schedule. The program we need for next week needs to be on an MP3, sent out, and returned ready to go by that Monday to be put into the transcription program that marries the transcript to the video to create the closed captions.

“We tried local people, but they would ignore us and not answer their phones. We tried using a nationwide company, but ended up having to send the work out to yet another company because they missed deadlines.”

After this long process, Ron found Preferred Transcriptions, and found that their dependability and accuracy were worth every penny.

A typical project with Preferred Transcriptions looks like this: Skotleski Productions sends them an MP3 which is the exact image of the audio on the program that was recorded and edited. Preferred Transcriptions verifies their receipt of the file, and they get the transcription turned around and sent back to the production company within a matter of days. Skotleski Productions then takes that text transcription and work with it internally to create the closed captioning for the program, ready to be sent out on the broadcast schedule.

When asked about delays or issues with the transcription service, Ron says that “I have not had one issue with [Preferred Transcriptions]. As soon as we do a project for someone, they send me the program and the bill at the same time. Everything is like clockwork every week.” In Ron’s industry, everything has got to be done on time. Missed deadlines are simply not an option. “Most of the time, I don’t need to reach out to Preferred Transcriptions to address any issues. She confirms that she has the MP3, and I get it back in a day or two.”

Ron describes his struggle in the past with getting confirmation from other transcription companies. “They would lie about not getting the MP3. The program we use to send big MP3s sends an email back to me when the file is opened and downloaded.” He had issues with companies who would miss deadlines, claiming that they had not received the files, yet who had opened and downloaded the files according to the sharing software.

The Value of Preferred Transcriptions

When asked what he values about Preferred Transcriptions, Ron answers: “Their reliability. There would be real consequences for late or inaccurate transcriptions. Different stations have different requirements. If you have a video featuring a crowd that is singing, some services might put down “singing, unintelligible”. Some stations require you to have those words transcribed.” In the past, Ron even dealt with transcribers who were editing what the pastor was saying. Some didn’t like the preachings of the bible fundamentalist, and were editing the sermons accordingly. Ron feels lucky to have found Preferred Transcriptions, who provide accurate and reliable service every time.

According to Ron, “The company is top shelf, I wish I would have found them years ago. I have nothing but high praise for them. Transcriptions have to be in Monday morning by 8 o’ clock, every week without fail. Right now we have 26 stations around the world that we have to send the programs to electronically. The transcription has to be embedded in the video every Monday, ready to be added to the program and sent out to the TV stations. Once the airtime is gone, it’s gone. No excuses are acceptable. Every Monday, we start the process all over again.” Ron is glad that he’s found Preferred Transcriptions to keep his broadcasting schedule running like clockwork, allowing his business to keep functioning on deadline and in compliance with FCC regulations.

If I ever need anything stat, within hours it’s there. All the people there are a pleasure to interact with. I receive everything within 24-48 hours after it has been dictated….

Our surgical center has been very pleased with Preferred Transcriptions personnel and services. … The personnel are extremely accommodating, friendly and courteous. I highly recommend this company.